Tommy Anderson is a best selling author and award winning photographer/artist living in the Los Angeles area. An accomplished screenwriter and Associate Producer on the film based on his best selling novel "Haboob Wind", Tommy is also an actor in both television and film.

Anderson is a founding member Movie Muse Productions independence film company in Temecula, CA. Tommy was part of VetPics' first film (in post production), "Life after Oblivion", (based on the story 'Oblivion' for the San Diego Film Consortium's Armed Forces Film Challenge) was written and co-produced by Tommy.

In addition Tommy has co-hosted and has appeared on several Southern California radio talk show programs.

Most recently he was the face of the national Spotify commercial as the man with the dancing dog. He is a co-host with Take it Back with Tommy & Tina podcast on IQ Podcasts Studio.

Before moving to the Los Angeles area Tommy lived in Madison, Wisconsin. He was a career firefighter/paramedic with the Madison, WI Fire Department and retired from the US Air Force Air National Guard. 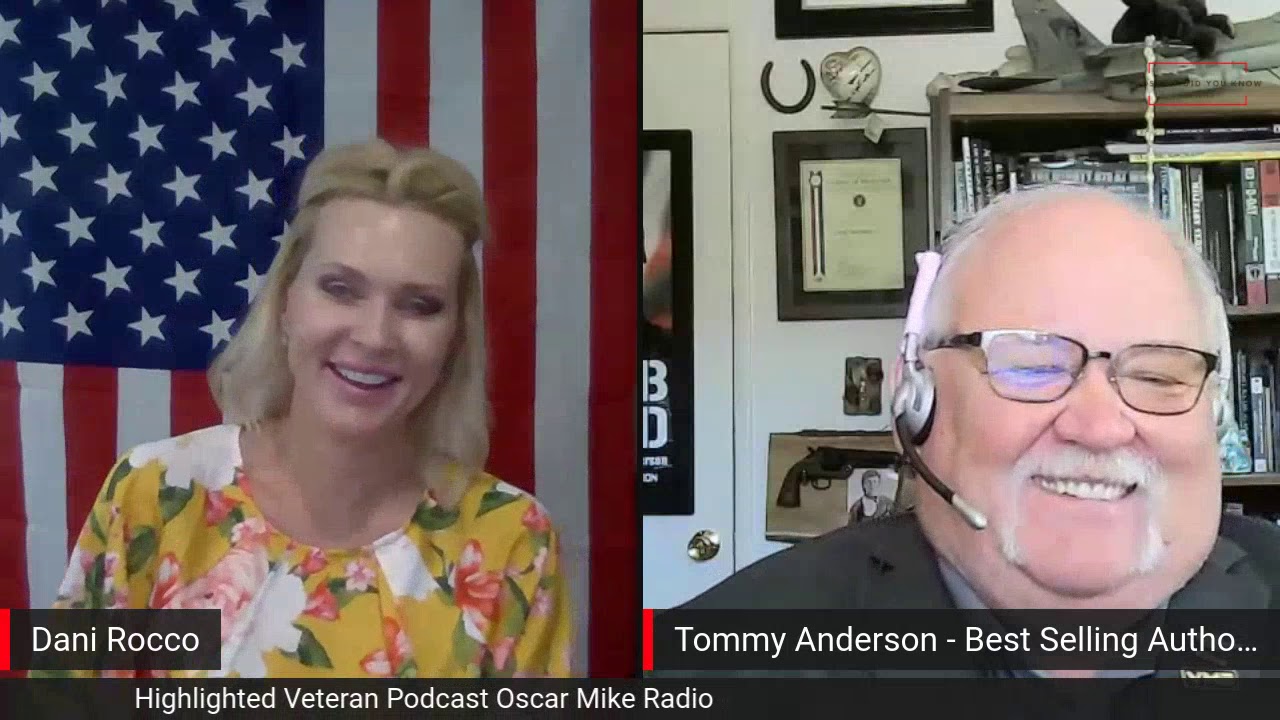 Interview! Tommy Anderson Interviewed by Dani Rocco on 'Dose of Did You Know' Podcast

“Freedom is never more than one generation away from extinction.” —Ronald Reagan A day of celebration and dedication to the heroes and survivors of 9/11 is suddenly disrupted by a long-planned terrorist attack. From the tumultuous battlefields of Saddam Hussein’s Iraqi deserts to the unsuspecting shores of the United States, Tommy Anderson brings to life an unsettling account of what could actually happen when thousands of sleeping warriors infiltrate the very fabric of American military and public safety agencies. Fueled by increasing acts of seemingly unrelated terrorism by ISIS militants, and unfettered over a couple decades of political unpreparedness, the Haboob Wind furiously builds to a suspenseful, violent climax. Don’t miss the page-turning, twist of events as three retired war buddies join forces to battle the storm.

Two Million Steps is a historical novel that follows two Union Soldiers, friends since teenagers, and their exploits as members of the Twenty Fifth Wisconsin Volunteer Infantry Regiment from it's inception through the end of the war.

The Twenty Fifth Wisconsin was part of General Sherman's Army of the Tennessee in the wars southern campaign. The regiment lead a majority of the armies attacks and suffered the most causalities of any Union regiment in the southern campaign.

Buy at Amazon
Buy at Barnes & Noble
Buy at Walmart

I have been doing photography for almost 40 years. I have now outside of my online gallery donate my photographic and art services to non profit organizations. I work with in their budgets and if needed to I will donate my services to specific organizations.
I also have become an accomplished graphic artist specializing in aircraft drawn and designed by myself replicating famous aircraft in history.


COPYRIGHT NOTICE
All photographs on this web site are fully protected by U.S. and international copyright laws, all rights reserved. The images may not be copied, reproduced, manipulated or used in any way, without written permission of Tommy Anderson or Time Passages Photography. Any unauthorized usage will be prosecuted to the full extent of U.S. Copyright Law.

'Tom is a patriot, professional and a service-minded individual who brings years of expertise and a strong vision to any project. I am honored to know him and call on him for his plethora of technical knowledge. His background in the military and in the fire department brings an authenticity to his writing and performance that cannot be duplicated."

The author's eye for detail and knowledge of military protocol and dialogue gave this story an aura of chilling realism. It became too real as I read along. I really enjoyed how antique aircraft played an important part in the story. Mr. Anderson's narrative was engaging and the pacing crisp. The tension built throughout the story, culminating in a gripping climax where I could finally take a breath. Very nicely done.

I found this book fascinating, It feels like it is both fact and fiction. I like the resolution down with a past generation of war planes to the rescue and manned by knowledgeable military.
Actually, without the past generations of war planes housed in museums, this story would have had a sad and empty ending. In reality this is one good reason to keep the older planes viable and visible.
When I started the book, it was easy to get into, but had to finish it in before I put it down.

Thank you in advance for your patience during the Covid-19 pandemic.

For now please feel free to read Tommy's BLOG and we will update Tommy Anderson's 'News and Events' page as soon as possible.

More Info on Rise Up

Here's a list of recommended resources that have helped me...

(these are in alphabetical order)

Pin Up for Vets

Veterans in Media and Entertainment (VME)

Click the icons below for Tommy's Social Media Links